As 2020 comes to an end, apps are becoming more feature rich helping consumers get a better experience. As the world bounces back to normal, there is a spike in mobile app downloads. Start-ups are focusing more on developing scalable apps that can come up with innovative business solutions. In this article, we discuss eight such mobile app trends that will be visible in the upcoming years.

Google in 2018 announced apps for foldable devices. Samsung has stated that several android apps have been optimized within the Galaxy fold; including Amazon Prime Video, Spotify, Facebook and others. Video streaming apps have gained a lot from these foldable technologies. As some handsets are providing extra space and better controls through this tech, screen based app development will be a thing of the future. More people are expected to buy Foldable smartphones as it allows the user to keep it in smaller spaces and when unfolded gives an immersive experience. Foldable is going to be the next buzzword in the upcoming years.

Custom service or Do-It-Yourself (DIY) is the new trend among shoppers. They want to add a personal touch in the gifts they are sending or even when buying products for themselves. Chatbots are helping consumers to personalise their product buying process. As per a research by Gartner, chatbots are going to save $8 billion by 2022. They are slowly becoming an intense concept, as currently very few apps are using it as a cost saving tool. Starbucks came out with an app, “My Starbucks Barista”, where you can choose the kind of coffee you want and it places an order for you. So, these small yet simple upgradations are improving customer experiences and with chatbots users will be served better.

Perhaps the most talked about terms in the world of tech today, ML and AI are changing the definition of what the world would look like in the future. FaceApp, became an overnight sensation, which was showing people their photo years down the line. By October 2019, it earned around $1million. Cortana and Google assistant have become household names with their witty and intelligent answers to questions being asked. Also, the real time analytics, these apps are showcasing provides a lot of benefit to the users. By 2023 the mobile AI market is expected to touch $17.83 billion growing at a CAGR of 28.41%. So, with Ml and AI, mobile users are going to get finer experiences in the years to come.

Wearable technology is growing as consumers are looking for more features in all devices. By 2021, connected wearable devices are expected to reach 929 million globally. A part of our everyday lives, smartwatches for instance, are assisting people in maintaining their fitness regime, use Bluetooth, call up their friends and with so many features these high priced gadgets are the next big things for the youth. App developers who have been at the backend of products like Apple Watch and MI band 4 fitness tracker, are gaining a distinct advantage in the industry. With time users will expect some more devices that can improve our lifestyle in every possible way.

IoT is about interconnectivity of devices and companies like Amazon and Google are investing heavily on it. Basically the idea is to build a device that can work with a TV, refrigerator, AC and even door lock, so that people find it easier to switch on and off electric gadgets. Instead of focusing on multiple switches, one will be enough. The Google Home Voice Controller, for example, has initiated the “Echo” line of devices for seamless integration of home gadgets. Google also acquired Fitbit, a wearable tech firm and is collaborating with Nest, a security camera manufacturer for expanding its line of services. Supply chain management, residential buildings, health infrastructure, the significance of IoT is being felt across sectors. The demand rising, by 2022, IoT is expected to be one of the most popular trends in mobile app development.

Augmented reality has been raking up a storm in the past few years. It allows users to experience a real world feel while staying in the virtual mode. Pokemon Go has been a recent example of how excited people become when they can experience augmented and virtual reality. These are creating outstanding gaming apps and top companies are now aggressively going after it. Tech giants like Google are about to introduce AR features in their google maps that can help users get video directions in realtime in their Smartphones. As per Statista reports, the AR and VR market is going to touch $209 billion by 2022.

App security is not new but as incidents of hacking and data leaks are growing really fast, more businesses are investing heavily in cybersecurity. When Facebook got entangled in a controversy with Cambridge Analytica, for user data breach and political bias, their shares went down by 8.5%, that was back in 2018. Security lapses have also resulted in tighter privacy laws being enacted in most European countries where accountability of the large tech firms will be scrutinized. With more and more data being used, tech giants are at greater risk and keeping this in mind, mobile app security is going to be a big thing in the coming years.

As most organisations are going for cloud based solutions, it is growing fast and adding more advanced features to its wings. Cloud apps help in storing huge volumes of data. For instance, google drive, dropbox, paypal are some of the most common cloud apps which we are using in our daily lives. By 2025, the cloud market is expected to touch $356 billion and sectors like oil and gas, retail, automotive, health, hospitality all are investing heavily in building a robust cloud infrastructure. This is going to be a very prominent thing in the future of mobile apps. If you have still not launched a mobile app for your business, then you seem to be an old school player. To compete with the best players, start making your app with the most advanced features. As your customers start getting the best of their experiences, you will become a more household brand name. Just think about Paytm, GooglePay, Zomato, Swiggy, MakeMyTrip and many such phenomenal apps that have made our lives easier. Get your business on mobile and see the difference in just a few months. 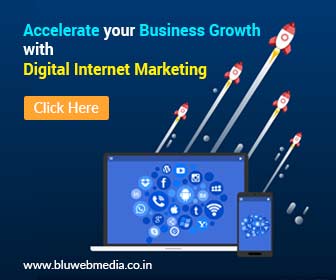 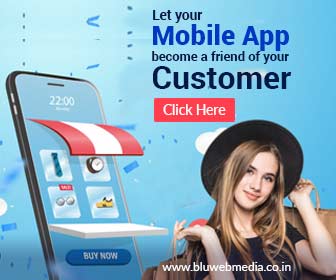 We have helped over 500 clients globally and generated over 250,000 leads. Reach us to help your business grow.